South Australia’s first CE Society commenced in Adelaide in 1888 in Flinders Street Baptist Church. Societies were run in bible colleges, a girl’s reformatory, on a sheep station, on RAAF bases, and in the Quaker and Seventh Day Adventist Churches.

Both Junior and Youth choirs were formed for the National Conventions and ‘Festivals of Songs’. In 1966 the CE choir took on the name of ‘The Endeavourers’ when they toured Australia. The Endeavourers sang in the Centenary Convention in Portland, Maine, USA in 1981.

Camps have been a central part of CE South Australia’s activities since 1926. In 1938 300 attended after the World Convention in Melbourne. Christian Endeavourers enjoyed mystery hikes even back then. The only difference now is that they don’t board a train!

Generations of South Australians have been promoted to put Jesus’ words into action after attending CE camps. For 80 years camps were held at the Mount Barker Recreation Centre. They were fairly rugged. Past campers remember sleeping on mats made of hessian bags, sewn together and stuffed with straw, while male campers slept (open air) in the grandstand. The only way to keep cool was the dixie tubs.

A far cry from the luxuries of Cornerstone College where Junior and Senior Camp moved during the early 2000s. Camps remain a powerful time of renewal and community, with a core team of 30 or so volunteers who continue to encourage, equip and empower 370 young people across the two camps.

Grants, scholarships and sponsorship are all part of CE’s story in seeing God’s Kingdom come on earth, while the rebuilding of the State Board during the 21st century has helped implement a fresh vision and direction. This has reignited the community that has seen its members become missionaries in Nepal, gain internships at Bethel, begin holiday programs in Aboriginal communities – and so much more.

View the CE President’s Bible below to see who has served CE in South Australia through this role and which Bible passage shaped their leadership. 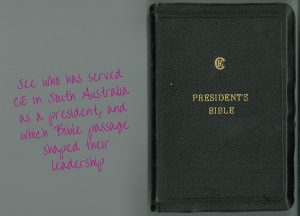 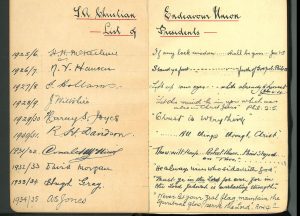 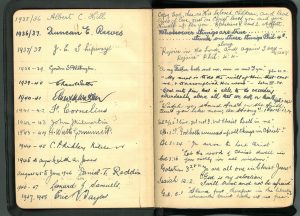 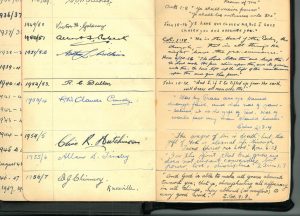 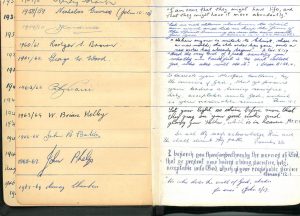 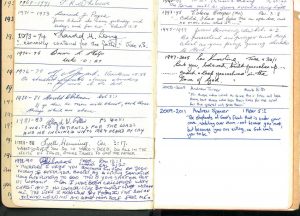